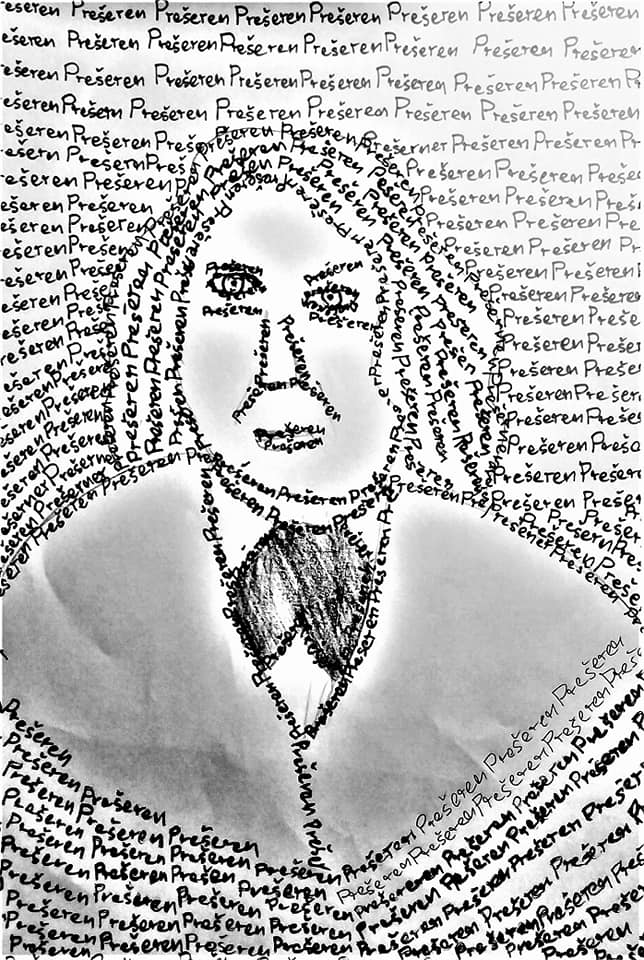 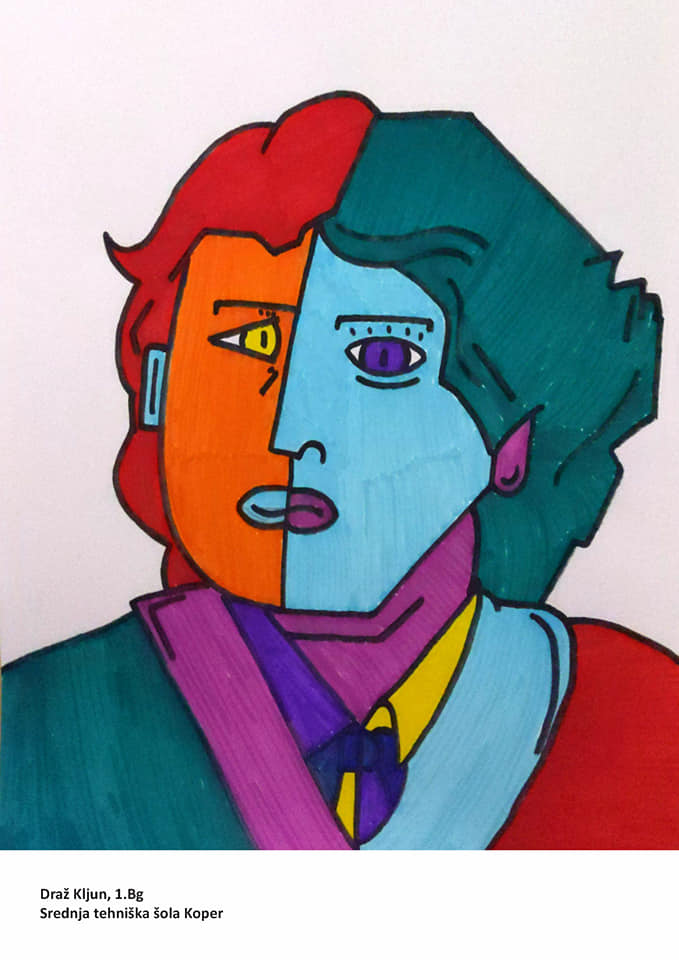 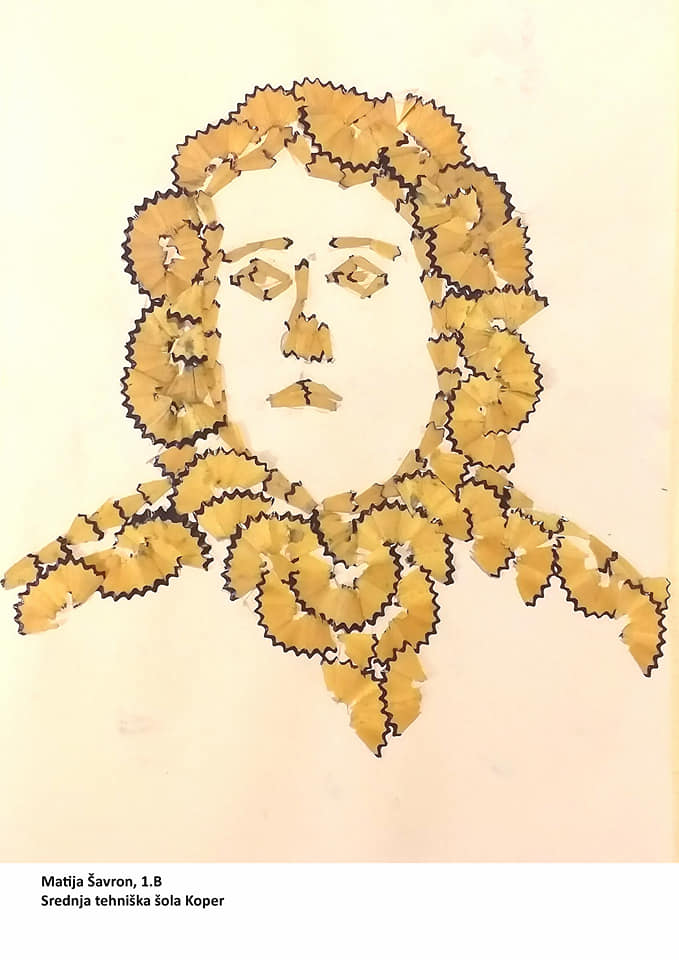 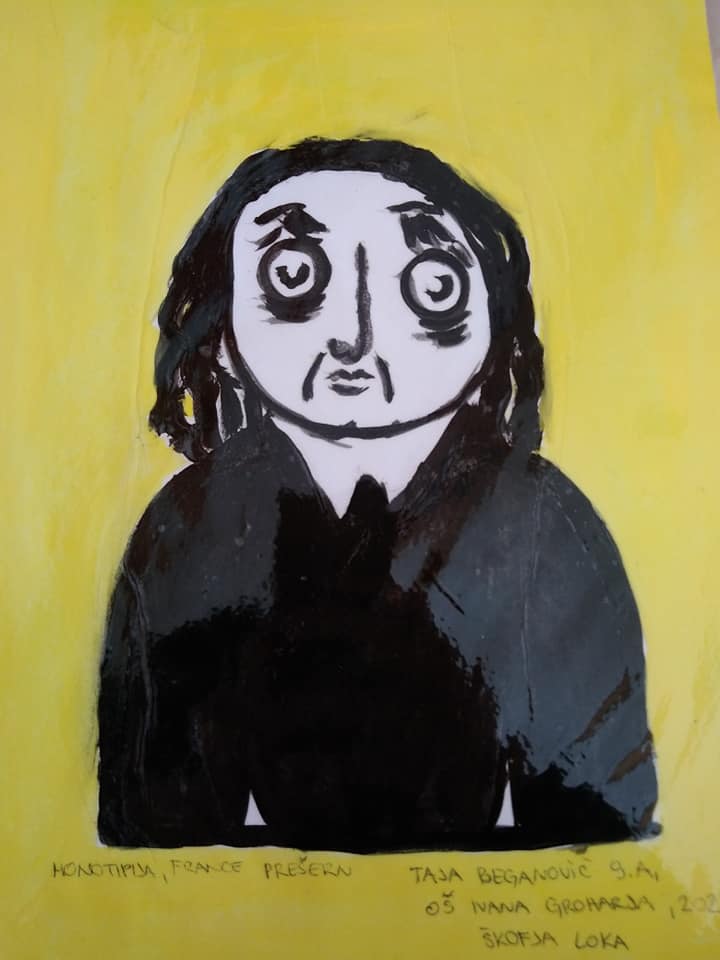 This year, for Prešeren Day 2021, Piran Coastal Galleries organized a special didactic activity, in the name of local, national, and international cooperation.
For Slovenia’s national day of culture, we prepared a special workshop focused on the figure of Prešeren and dedicated to students at High School and Primary School, coming from all over Slovenia and the bilingual area of the border. Participants used different techniques for their work, depicting the great poet France Prešeren with linocut, collage, drawing and caricature. They could also add a verse of their choice taken from a composition of his.
The workshop was organized by Ana Papež, curator and pedagogist of Piran Coastal Galleries, and Matjaž Borovničar, who teaches at the elementary school Šmarje near Koper.
The portraits were displayed in three different locations of the littoral, between the 8th of February and the 8th of March.

– On Trg prekomorskih brigad in Portorož, one of the main squares of the city (8th of February 2021) *Due to some inconveniences, the artworks were transferred inside the Herman Pečarič Gallery

– Inside the shop window of the posters shop in Čevljarska ulica, Koper (8th of February 2021)
The photographic material and the videos of the art installations were published on the Facebook page and on the website obalne-galerije.si.

For the occasion, Herman Pečarič Gallery became a sort of “central station”, where the artworks and the necessary tools for displaying them came from all over Slovenia. Most of the drawings (more than 1000) came by e-mail and were printed and plasticized in order to withstand the weather for the duration of the open-air exhibition.