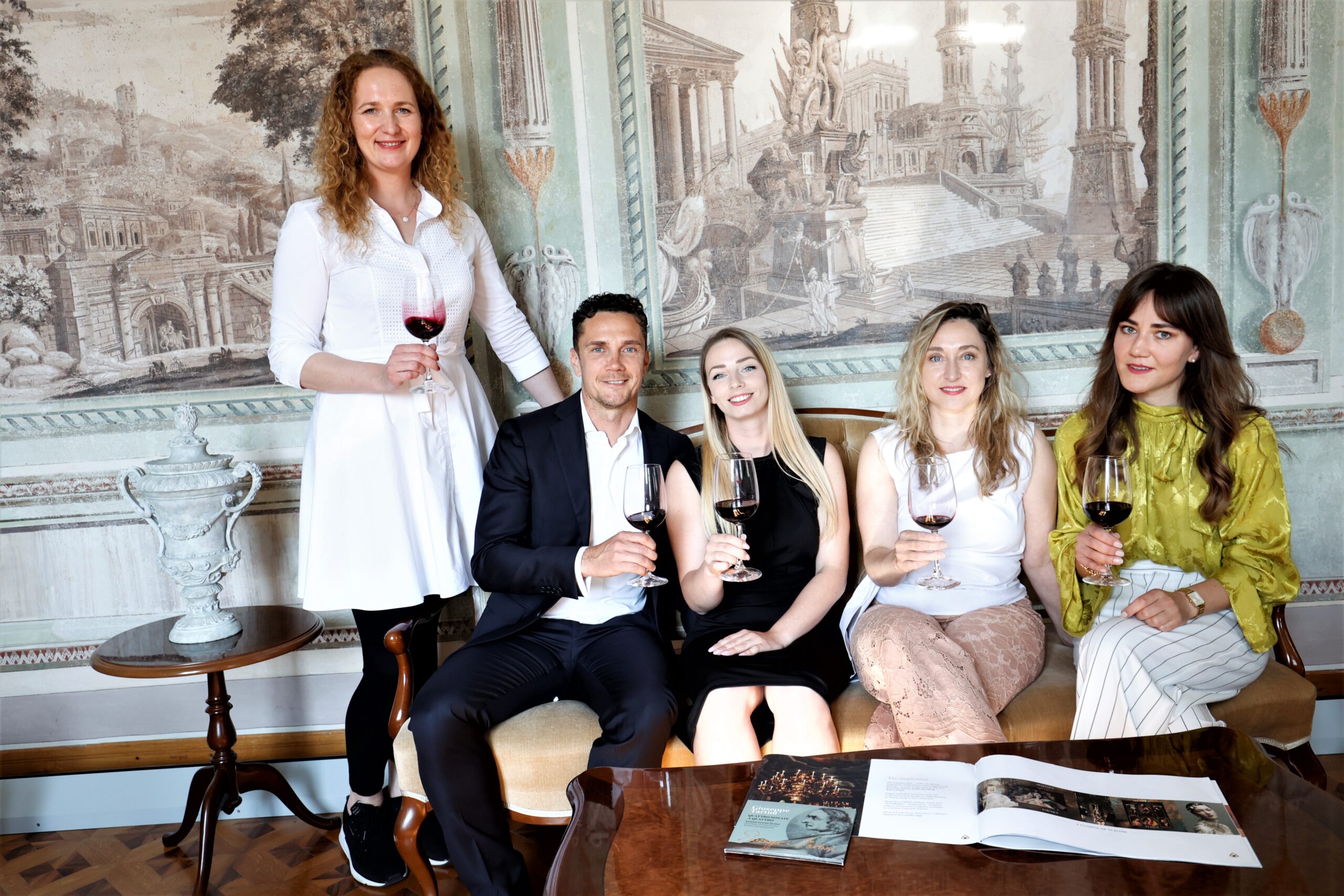 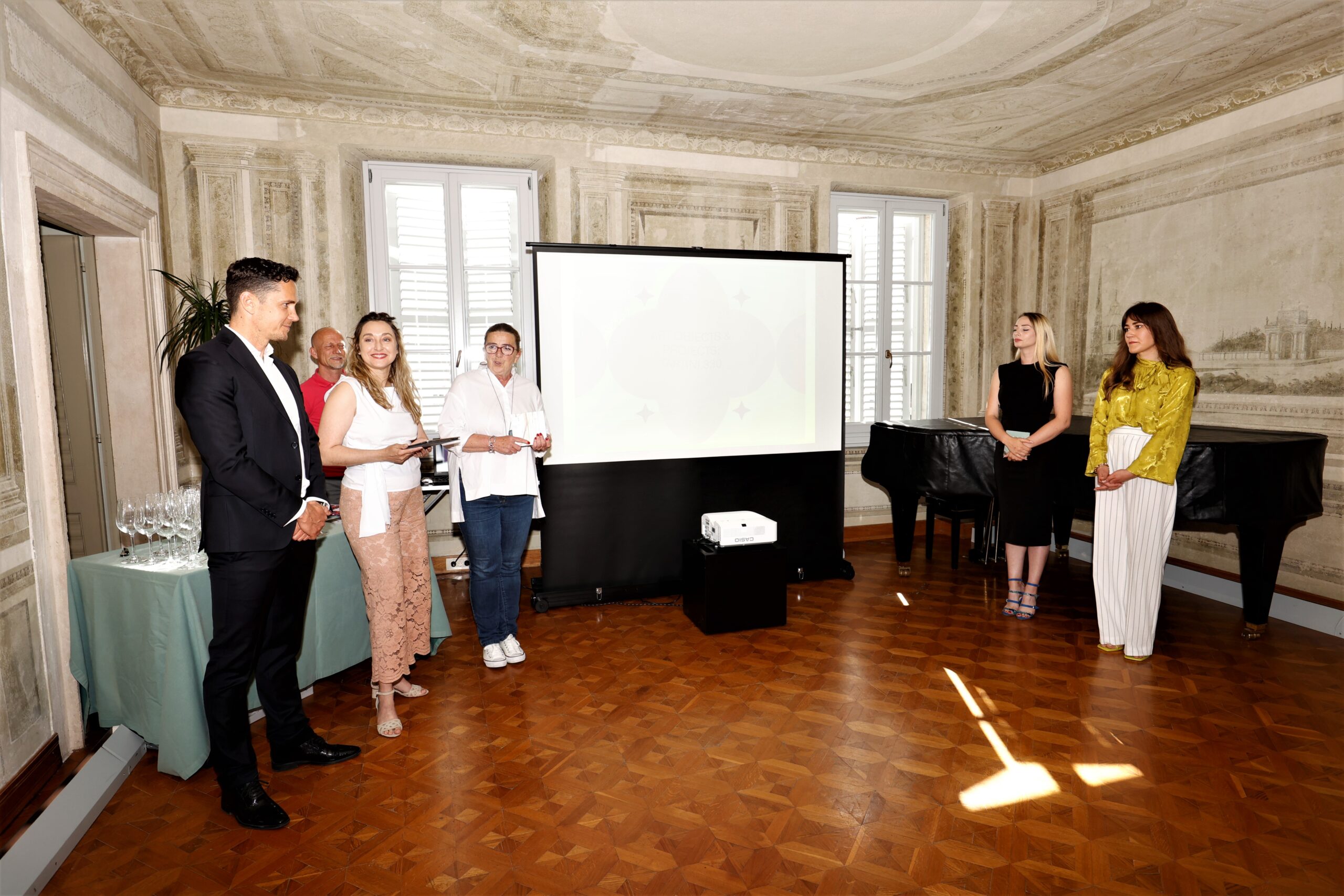 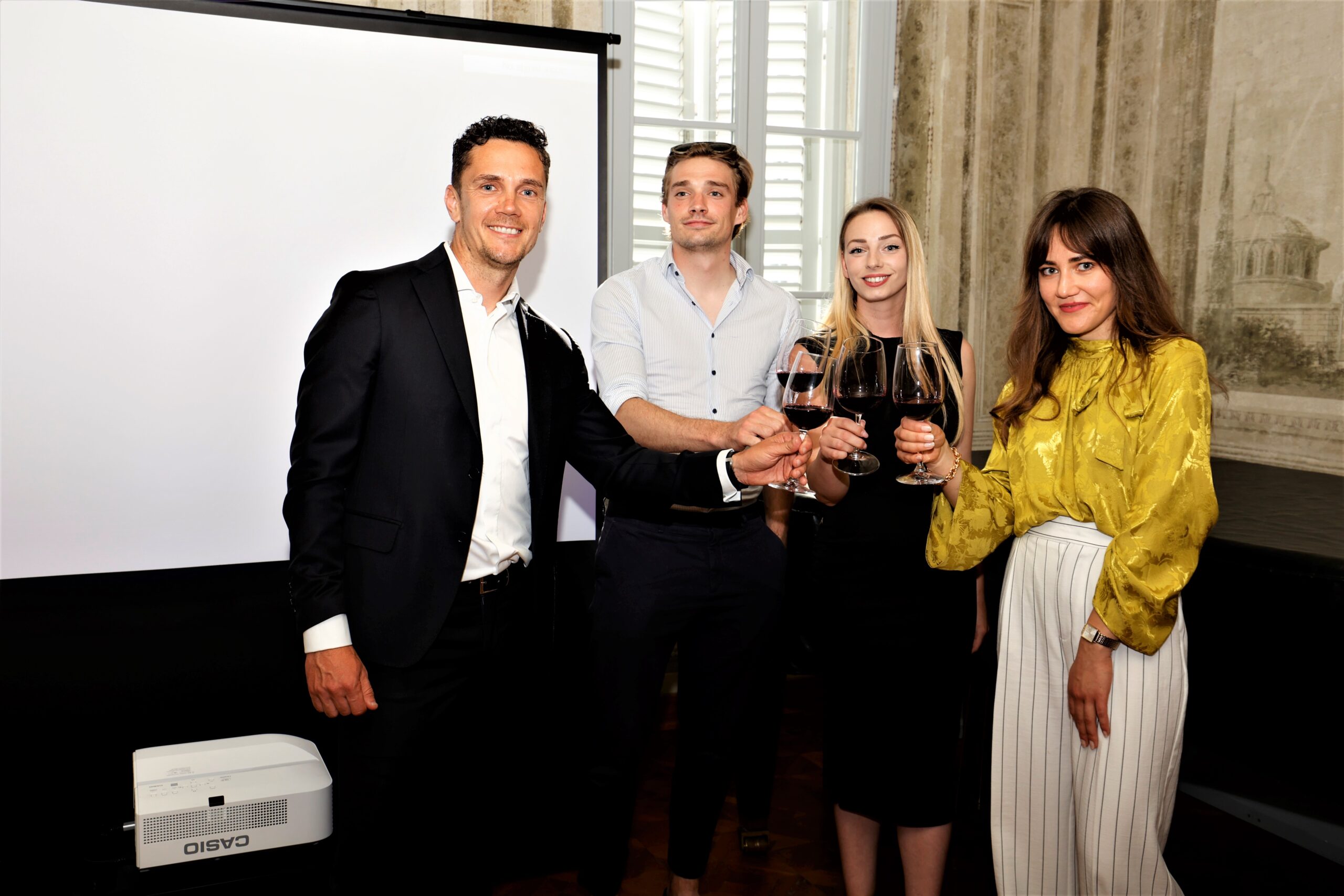 A promotional event entitled ART OBJECTS & PROJECTS: TARTINI 330 unfolded on Friday, 13 May 2022, at 5 pm in the Vedute Hall of the house where the famous composer and violinist Giuseppe Tartini was born in Piran. The process of the creative production of promotional pieces and visual material was presented, which has been made in collaboration with an interdisciplinary international group of artists, fashion designers, and other creative inventors. The initiative and ideas are the result of cooperation between the Piran Coastal Galleries, the Community of Italians Giuseppe Tartini, Vinakoper d.o.o., and Ambrosia Srl.

Accompanied by the initiative’s instigators the course of preparation and the work on two original experimental projects was presented at a promotional event. The first, entitled ART OBJECTS: TARTINI 330, is still in the planning phase and was presented with the help of sketches, plans, and conceptual designs of certain elements that constitute this multi-layered promotional project. Among others, fashion designer Scilla Gortan introduced herself to the public as she, within this project, begins her apprenticeship in the Piran Coastal Galleries, where she will develop design and lead the production of small pouch bags, dedicated to “the timelessness of the music of Maestro Tartini”. They will be presented in a decorative box, which will also include a bottle of Vinakoper sparkling wine, made using the classical method and poured into a “Dogal bottle” created and registered by Ambrosia Srl from Venice, and other valuable items.

The second project, THE SOUND EXPERIENCE: TARTINI ART LIMITED EDITION SERIES, is already in full swing, since it is the fruit of the long-time research of young Sara Pfeifer Pelicon, during which she empirically proved that classical music improves the physical characteristics of wine. Together with Vinakoper d.o.o., Sara Pfeifer Pelicon has been experimenting on wine since 2019, while her idea for a special wine has evolved in collaboration with the Piran Coastal Galleries in 2022. As part of the promotional project, the wine was exposed to the effects of sound waves of Giuseppe Tartini’s music while in a barrique oak barrel, which influenced the yeasts. The wine was made under the leadership of Boštjan Zidar, Vinakoper’s oenologist. The wine chosen for this was of the popular autochthonous Istrian variety refošk, which is known for its intense and refined acid, which becomes even more sophisticated with the help of Tartini’s music.

The presentation at Friday’s event was followed by an exclusive tasting of the special Refošk by Vinakoper.

More about the participants

Sara Pfeifer Pelicon attended the course on psychoacoustics and acoustics in space during her studies at the Faculty of Electrical Engineering in Ljubljana and got the idea that sound waves could influence the development and function of yeasts during the alcoholic fermentation process in wine production. The project within ART OBJECTS & PROJECTS: TARTINI 330 brings this research to its realisation in the cultural sphere, as part of the promotion of young creative people from Slovenian Istria.

Scilla Gortan is a fashion designer born in Koper. She graduated in fashion design from the University IUAV in Venice in 2015. Her works and collections of clothes have been presented at exhibitions and fashion shows in Slovenia and Italy. She gained rich experience by working for the renowned fashion chain ZARA, where she worked as a visual merchandiser and later as head of sales. Currently, she is working on her own line of fashion accessories under her own name. In May 2022, she joined the Piran Coastal Galleries team as an apprentice working on ART OBJECTS & PROJECTS: TARTINI 330 for which, in accordance with the new strategy of the public institution, she plans and develops new innovative ideas for facilities uniting art, fashion, and design.

Simeone Travagnin for Dogal – Special Edition for the Tartini 330 project is the result of collaboration between the Piran Coastal Galleries, Vinakoper d.o.o., the Community of Italians Giuseppe Tartini, and Ambrosia Srl, who provided the Dogal bottle in pink, created and registered by Ambrosia Srl. Dogal bottles are valued due to their original colour application and specific design, which applies characteristic “Venetian” lines and patterns on the bottle surface. The cooperation with Ambrosia Srl was possible thanks to the intervention of the ASCE School of International Economic Competition, its manager, Dr Laura Trevisan, and its president, Prof Arduino Paniccia. The Dogal bottle is the result of long-lasting research used for the design of this luxury product that stands out due to its form and tactile experience.