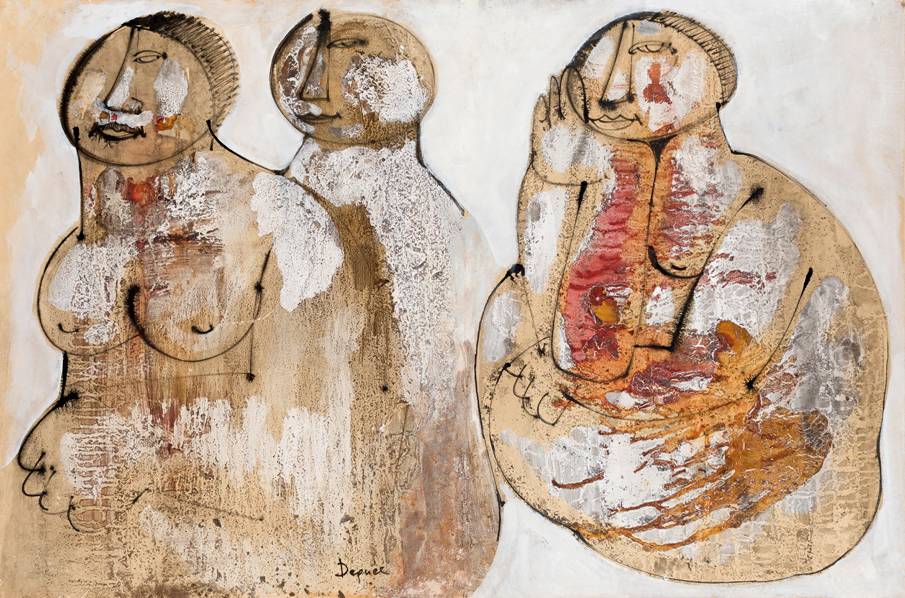 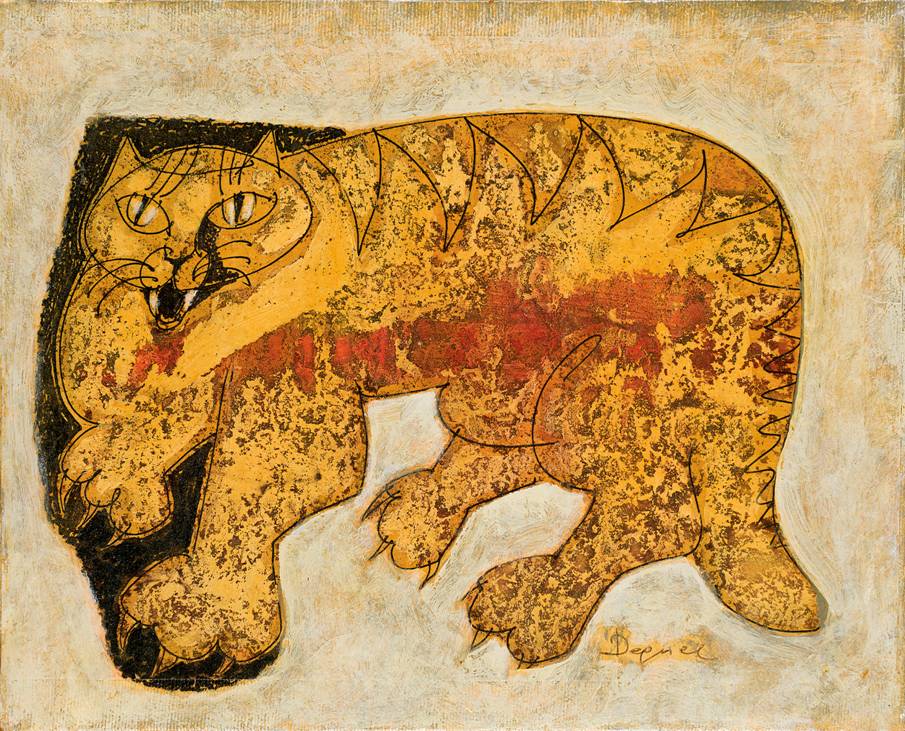 Oreste Dequel was born on August 17, 1923, in Koper. He started drawing as a teenager and showed his artistic talent since the beginning, emphasized by the award won in 1937 at an art competition in Trieste for his work Jazz Orchestra. During the Second World War, he took part to the national resistance movement at a very young age as a member of the Garibaldi Brigades.

After the war, the Yugoslav state financially supported his studies at the Academy of Fine Arts and Design (ALUO) in Ljubljana, where he studied with professor Frančišek Smerdu. He contributed with his classmate Jože Pohlen to the realization of the monumental statue of France Prešeren, erected in 1952 in Kranj. After studying, he returned to Koper in 1951 and moved to Italy in 1956. In Koper, we supposed he created a series of bronze sculptures (Cankar, Prešeren, Verdi, Dante, etc) for various domestic cultural institutions (theaters, libraries, etc), which, unfortunately, have not survived. In 1953, he was entrusted with an extremely relevant project, the execution of a bust of the Bishop of Koper Peter Pavle Vergeri Jr., which still adorns Vergeri Square. At the same time, the authorities commissioned a monumental three-meter sculpture the Fallen Sailor (later renamed Solidarity), which after various vicissitudes found its place in the park facing the cemetery of Izola.

During the Trieste period, Dequel created a series of smaller sculptures, with which he presented himself in 1959 at his first solo exhibition at the Galleria Comunale in Trieste. In the same year, he moved to Rome, where he entered in contact with various artists, intellectuals, as well as patrons who influenced his life and work, as most of his extensive artistic opus was created in Rome. In 1964, he participated in an Italian exhibition at the International House of New York. Between 1960 and 1984, he created several public works set around Italian cities. He worked throughout all Europe and in 1980 was a lecturer at Iowa University in the USA. He died on March 24, 1985 and was buried in Trieste.

The exhibition, which will be displayed in five exhibition sites, three located in Koper and two in Izola, wants to celebrate and do justice to the magnificent work of the Koper-born artist who died in Italy 35 years ago.

The exhibitions at the Loža Gallery and at the Gravisi Buttorai Palace of Koper feature exhibits from the collection of the Rettori Tribbio Gallery in Trieste, presenting a series of statues and drawings created in Dequel's creative period between 1960 and 1985. The sculptures are made of various types of stone, which the author used in different periods of his production, depending on his needs and his financial possibilities. They are accompanied by a series of drawings and gouaches that express the multifaceted aspects of Oreste’s production.

The exhibition at the Insula Gallery in Izola is dedicated to the Solidarity statue, the largest public sculpture of the municipality, which survived a long odyssey before its final installation in 1992 in the park facing the Izola cemetery. A cycle of paintings by the author's last period will also be on display.