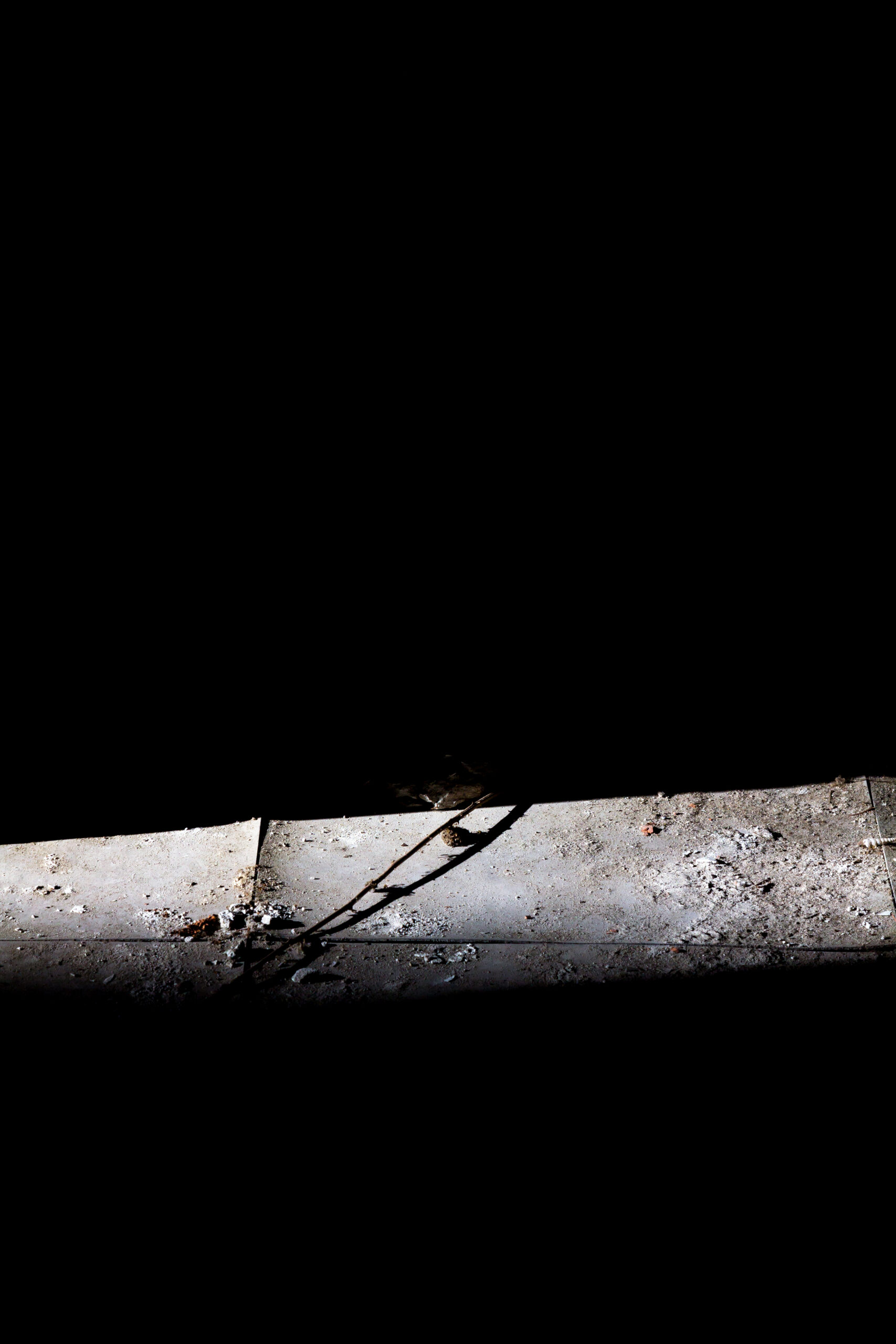 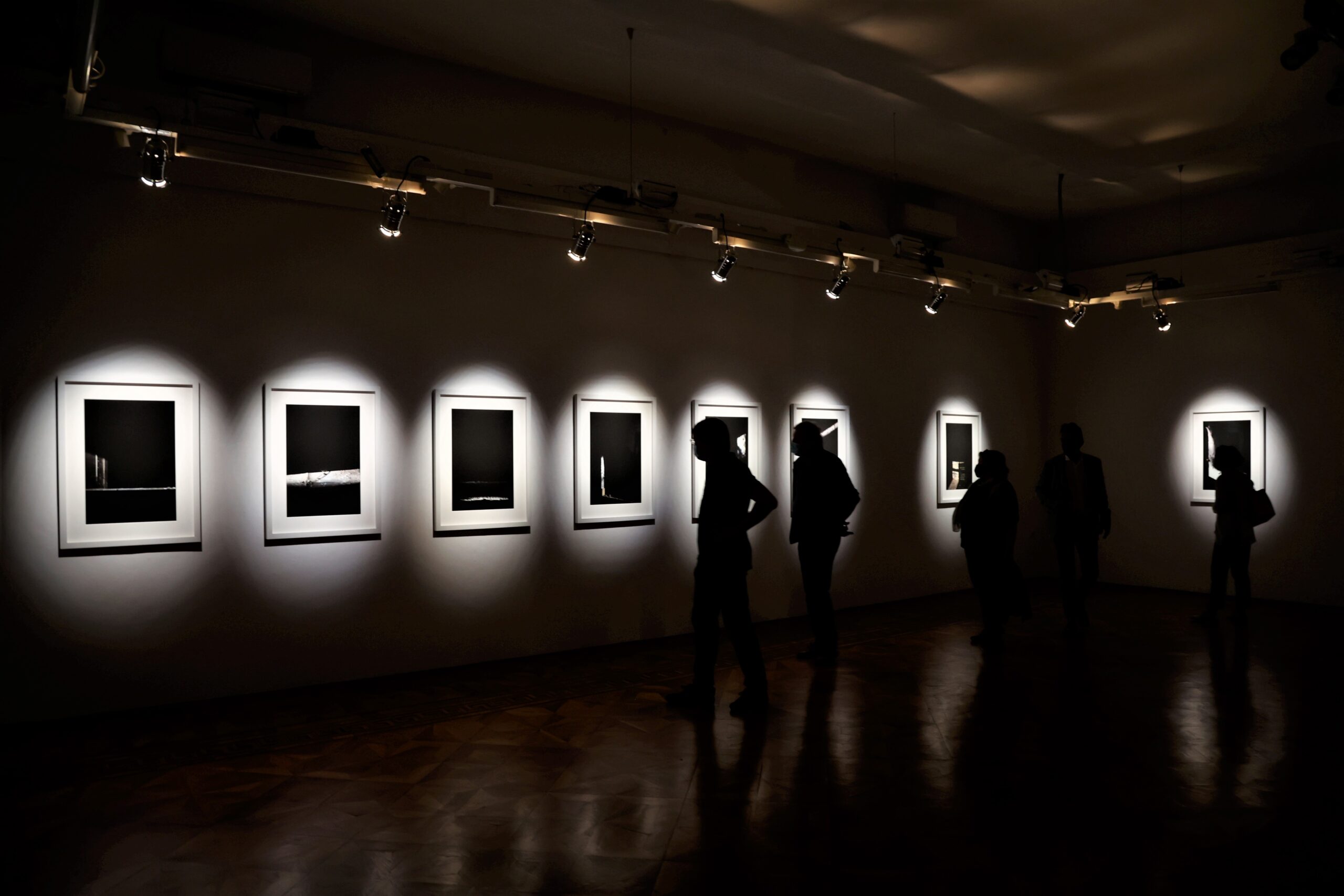 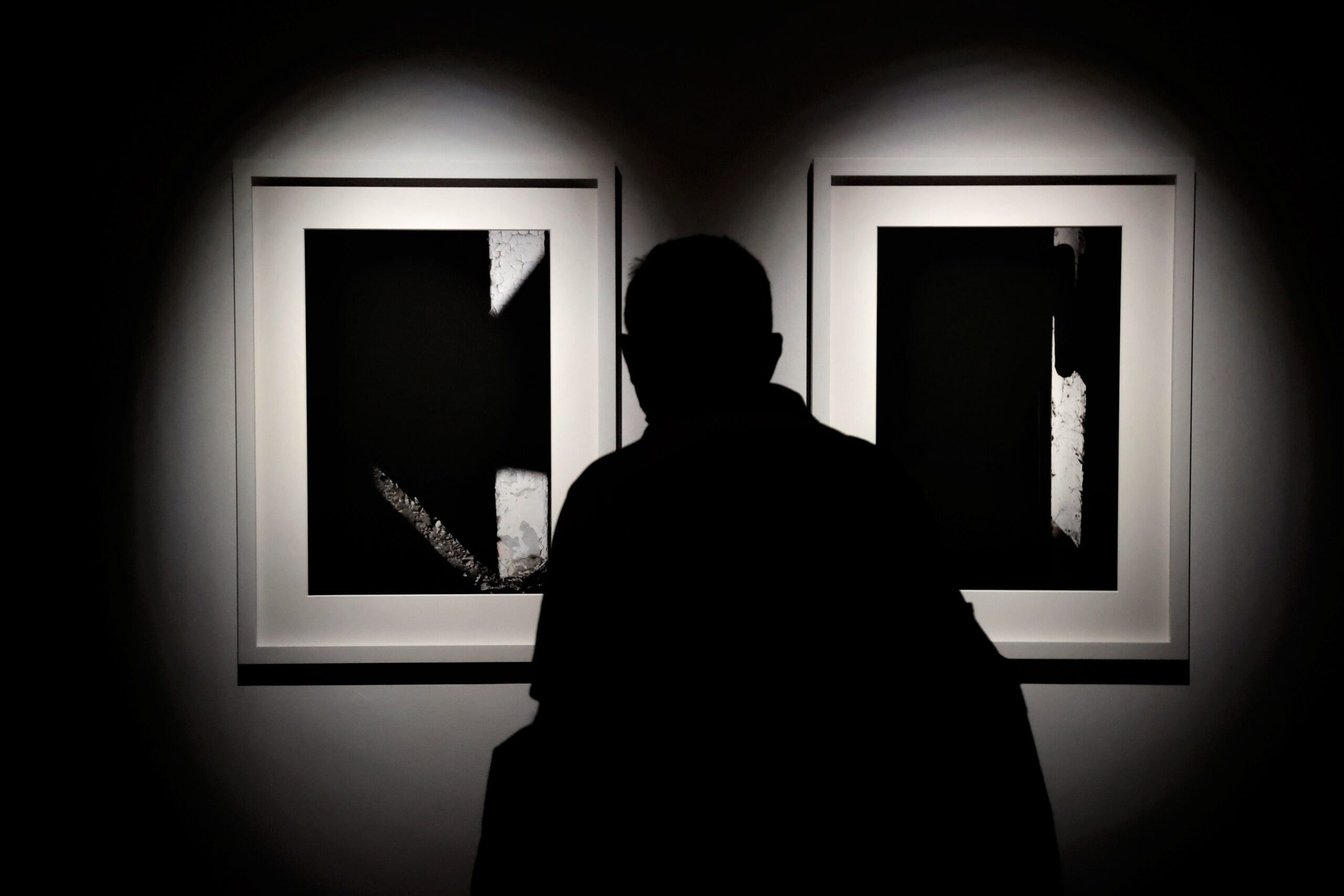 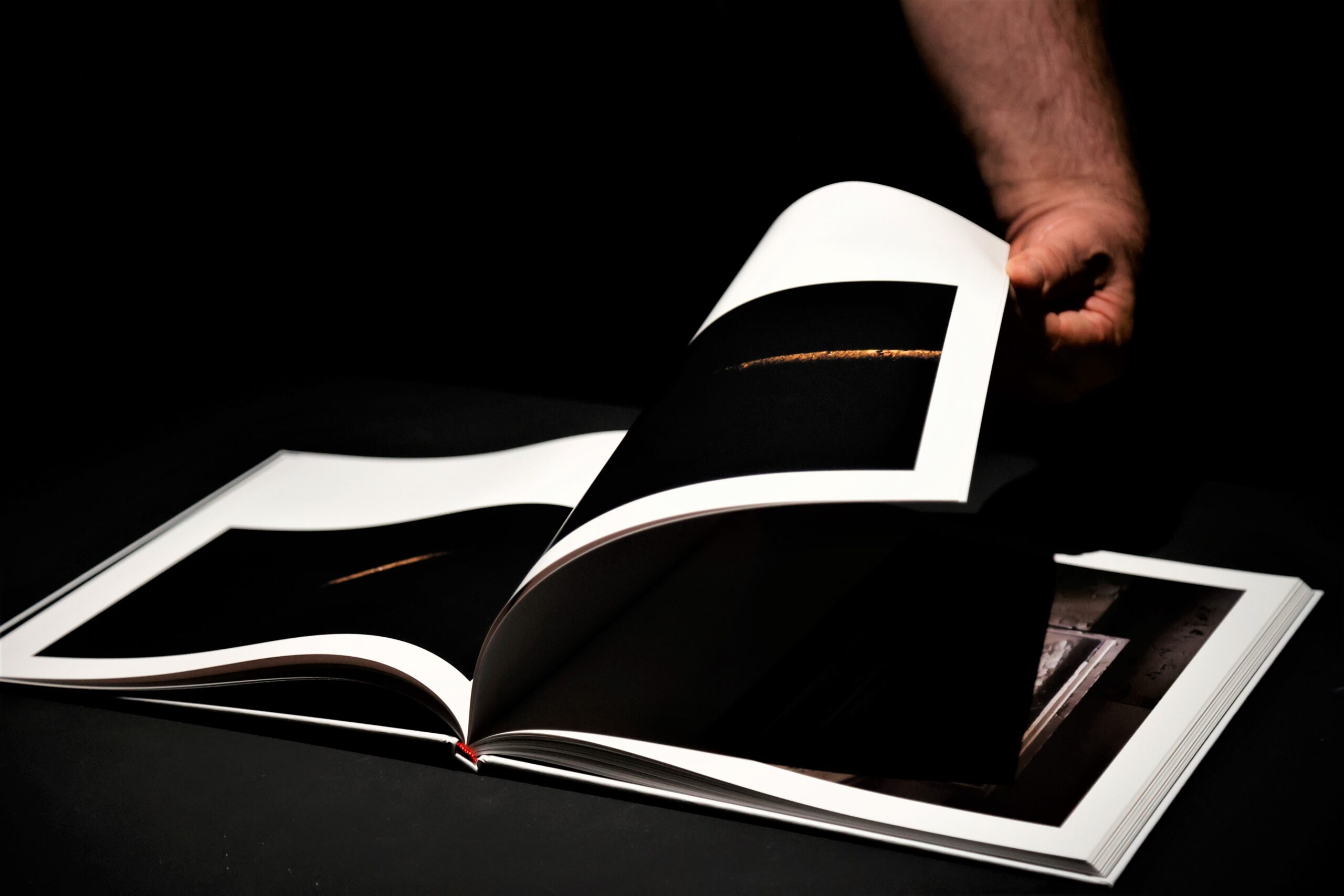 Nataša Segulin started working in photography relatively late in life, after her retirement.

A native of Koper, she was in constant contact with fine arts as a journalist and editor of the television editorial office for culture. Soon after her retirement, she began exhibiting her own photographs, and it is therefore not surprising that with her fourth cycle, titled Lumen, she embarked on another specific way of creating, the “writing” of a photographic book with the same confidence and curiosity as her previous three photographic cycles.

Despite its long tradition, the photo book has experienced a real boom, particularly in the last decade. The term denotes a book, in which photographs are the only constitutive element of narration. It is not only a series of images or the narration of single images but a unified narrative with images.

At the first contact with the photographs of the Lumen cycle, an eye inexperienced in visual reading enters a space of shadows, darkness, and doom. But the author’s story of a decaying, centuries-old building is read differently. The plot is simple. We follow the protagonist, the natural light, in three chapters as it gradually reveals and criticises. In the first chapter, penetrating light beams reveal tiny details and create mystical, dreamlike images. These could be anywhere. Then the lumen takes us into the more tangible, but it is completely subservient to geometry. It is only in the third chapter that it illuminates the tormented body of the former maternity hospital and undresses the walls for recognition.

It is ruthless, it reveals misery, but at the same time it brings hope, light and warmth.

The aesthetics of the painted atmosphere is an important building block of the plot. In the tradition of abstract photography, it eliminates pictorial space that is real. It focuses on the use of light and shapes, on colour, textures, and tonal values and communicates feelings, sensations, and impressions with them. The decaying, ugly, oppressive reality vanishes before the warmth of light, the luxurious contrasts between light and dark, the softness of shadows, the haptic drawing of structures, the rhythm of repetitive shapes and the muted, monochromatic colour scale that puts beauty, harmony, and balance at the forefront.

The author’s visual narrative is and is not the story of a building. Rather, it is a testimony of the gaze that, wherever it looks, reads art first. The alphabet of balance, harmony and minimalism, the purity, the rhythm or the repetition of simple archetypal forms, the palpability of textures and the pronounced contrasts between light and shadow are the constants of her opus. Just like the feelings of peace, quiet and harmony that she also places in the former Servite monastery, with the hope for a bright future.

Each authorial cycle also speaks of the author herself. In fact, with Nataša Segulin we always find ourselves in rooms that are in some way remote, although at the same time they can be bustling with the hustle and bustle (the port in Koper, quarries, tourist destinations with cultural heritage …). The reason for the story about the lumen is the love for art and cultural heritage, personal embedding in the physical space, in the city of Koper and one’s own experiences related to the building, from which the name of the cycle derives.

“Lumen as light, luminescence and happiness and joy at the birth of many coastal Slovenians and Istrians, here I was born and all my family … light as a hope for a better tomorrow.” Her positive credo is recognizable as part of her photographic expression. Although she is mainly interested in formal aspects in photography, with this cycle she wanted to move a stone in the collective social consciousness for the very first time.

If we refer to Sartre’s label of engaged literature, which says that “literature reveals to readers their own situation, so that they can take responsibility for it”, then with the Lumen cycle and its engaged poetic questioning about society’s attitude to cultural heritage as one of the constitutive elements of national consciousness, she crossed the threshold of contemporary art in terms of defining artistic directions.