Tomos: On the saddle of memories | 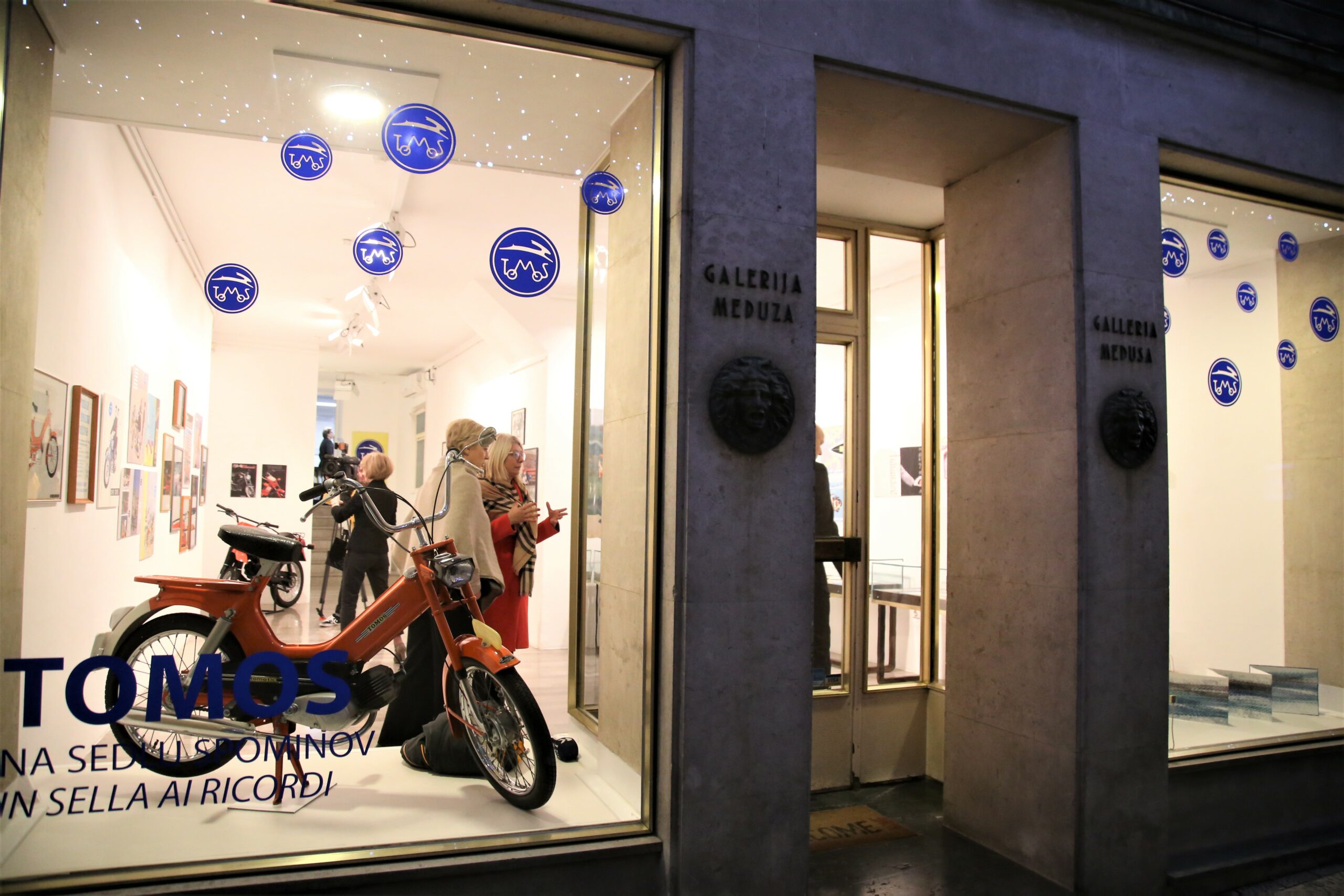 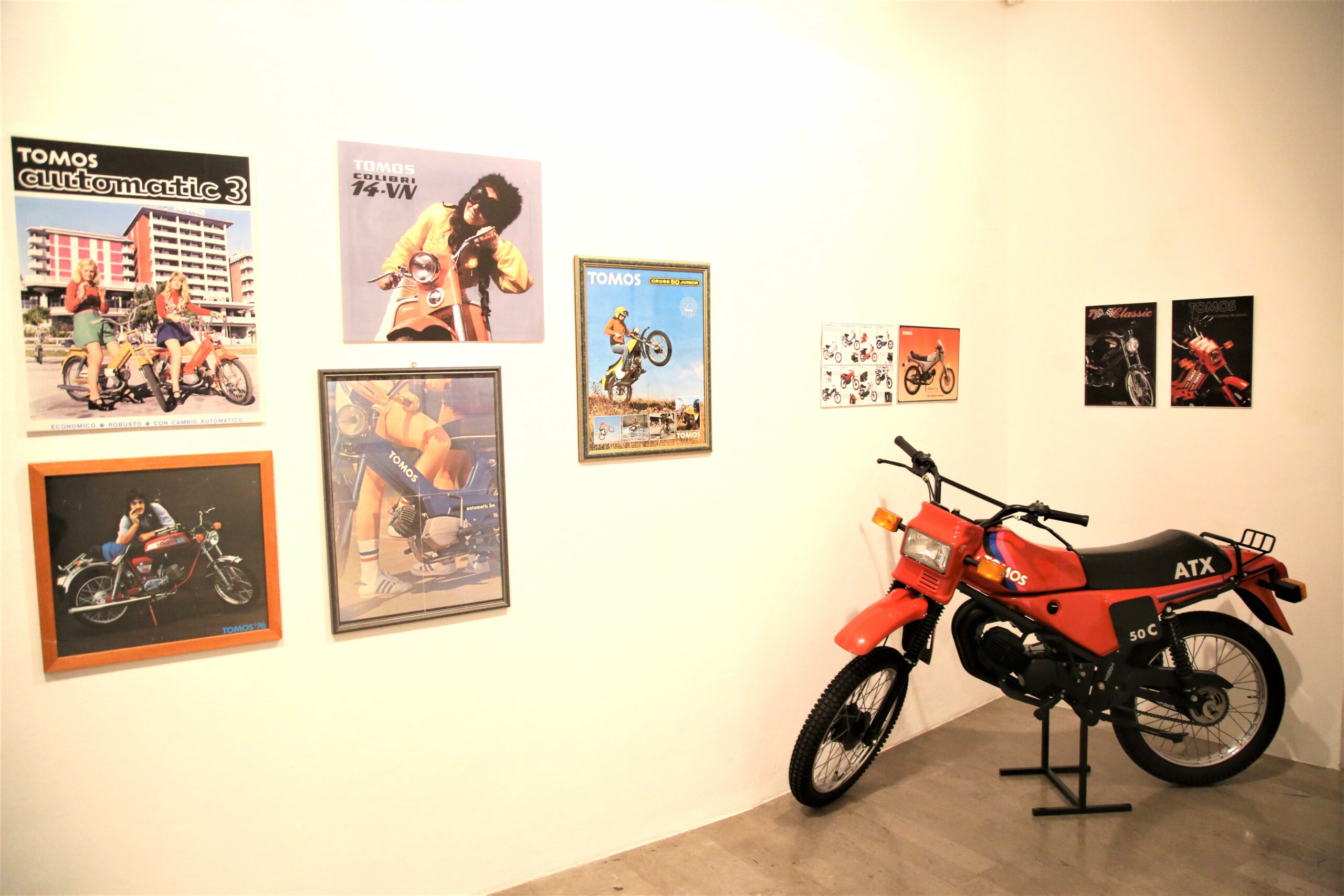 The Tomos factory, with the harbour of Koper, strongly marked the post-war period of the coastal city and placed Koper on the map of successful economic examples in the then countries of “social realism". From the beginning of the factory's operation in 1954 to the 1980s, the town experienced a rapid economic development, which also affected the architectural image of the place and the lives of its inhabitants. Many immigrated from various parts of Slovenia and former Yugoslavia looking for the possibility of employment in the new factory.

Due to a forward-looking vision and a great amount of courage, remarkable success came along. They relied on their own knowledge and focused on the quality of products. The factory, which boasted large production halls and warehouses, a canteen and dispensary for employees, its own printing press and newspaper, also had an important research institute with a design department and prototype workshops. More than 200 experts dedicated themselves to continuous technological research, looking for new technical and modern solutions for their own production. The proximity of Italy also helped, thanks to their aesthetic and ironic approach in design advertising, reflecting the spirit of the period and riding the economic growth. With them, they quickly won over domestic and foreign customers, and Tomos' “automatics" soon became a status symbol that signed an entire generation. In synergy with researchers and designers, there was a marketing department (propaganda department), whose ambitions exceeded the standards of the time and co-created a decades-long success.

Much of Tomos' heritage is preserved at the Technical Museum of Slovenia in Bistra near Vrhnika; in recent years, exhibitions have also taken place in Slovenian Istria (Koper Provincial Museum, Maritime Museum “Sergej Mašera" Piran), which have proved that the memory of the successful coastal story is still alive. People love and nostalgically remember the times when they were connected to Tomos in one way or another, as is vividly shown in the documentary Tomos, made in Yugoslavia (author Nataša Mihelič, director Peter Leban).

The exhibition at Piran Coastal Galleries, organized with the help of Steve Vujić mainly includes elements of his private collection, and represents only a fragment of the mosaic, focusing on graphic design. He wants to draw attention at some important achievements of industrial design, showing a segment of promotional material (posters, leaflets and other printed materials) with which they built brand awareness and successfully marketed various Tomos products: motorcycles, mopeds, outboard engines for boats, commercial machines, cars… Designers and advertisers have sovereignly and boldly tackled each new challenge. They worked comprehensively and as a team, always with a compromise between artistic design and market persuasion of potential buyers. Shape, graphic approach, colour shades and message of advertisement were all primarily aimed at the younger generations and families, the new emerging middle class. They also spoke at various fairs all over the world. They received several professional awards for their achievements (for example, at the Ljubljana Biennial of Industrial Design BIO). Igor Rose's ATX model was declared a “timeless design".